Located in Darling Harbour, Sydney, as part of the Barangaroo Development, the Crown Sydney Hotel Resort is currently being built with ArcelorMittal’s HISTAR® steel. This future integrated resort will include a six-star international hotel and a VIP gaming facility, scheduled to open in 2021 and offering breathtaking views to the Sydney Harbour Bridge and the Sydney Opera House.

A new landmark for the city of Sydney

Crown Sydney is a luxury six-star hotel resort and is currently being built at Barangaroo South on Sydney Harbour, in Australia. It is a huge project and will be the first six-star international hotel to be built in Sydney.

ArcelorMittal Europe – Long Products have supplied, through Eurostructures, 350 tonnes of HISTAR®columns to be installed as king posts into bored piles as part of the foundations of the resort. Our king post columns have been supplied to Piling Contractors Bauer Australia Joint Venture, specialist contractors for the foundations, via steel constructor J Steel, who has been representing ArcelorMittal in Australia and in the Australasia region for many years.

Our king posts, made from HISTAR® S460M steel, produced in Luxembourg, were installed into piles, drilled into the bedrock, to support the weight of the podium above. They allowed 20% weight savings and reduced sizes to simplify installation Moreover, to reduce fabrication in Australia, they were rolled in single lengths to eliminate splicing and Eurostructures cut the plunge columns to final length before shipment to Australia.

The Crown Sydney Hotel Resort has everything it takes to become a landmark building and a key tourist attraction for the city of Sydney and we are proud to participate in this project.

Crown is one of Australia’s largest entertainment groups.  The group’s core businesses and investments are in the integrated resorts sector. Every year Crown’s Australian resorts attract approximately 28 million visitors making them amongst Australia’s most visited tourist attractions. Crown also has a portfolio of other gaming investments that complement its business.

Piling Contractors is a wholly owned Australian subsidiary of Keller plc, based in the UK, and Bauer Foundations Australia Pty Ltd is a wholly owned subsidiary of the Bauer Group, based in Germany. Keller and Bauer are amongst the world leaders in foundation engineering. Together in Joint Venture, Piling Contractors and Bauer Australia are constructing the basement retaining walls and the complete foundations including king posts for the Crown Sydney Hotel Resort.

J Steel is the leading supplier of steel products to the construction and engineering sectors within Australia, New Zealand and South Pacific. They offer integrated and customised steel solutions for a wide range of civil, marine and general engineering and construction applications. J Steel exclusively represents ArcelorMittal within Australia, New Zealand and South Pacific. This partnership provides an unrivalled combination of global leverage and world leading products, with local market knowledge and dedicated supply chain capability.

ArcelorMittal Europe – Long Products Sections and merchant bars produces high-strength steels dedicated to construction. Our steel sections have been used in hundreds of projects worldwide, such as One World Trade Center in New York and Burj Khalifa in Dubaï.

Among our products, HISTAR® is the steel "par excellence" for the high-rise buildings columns even in severe earthquake conditions. 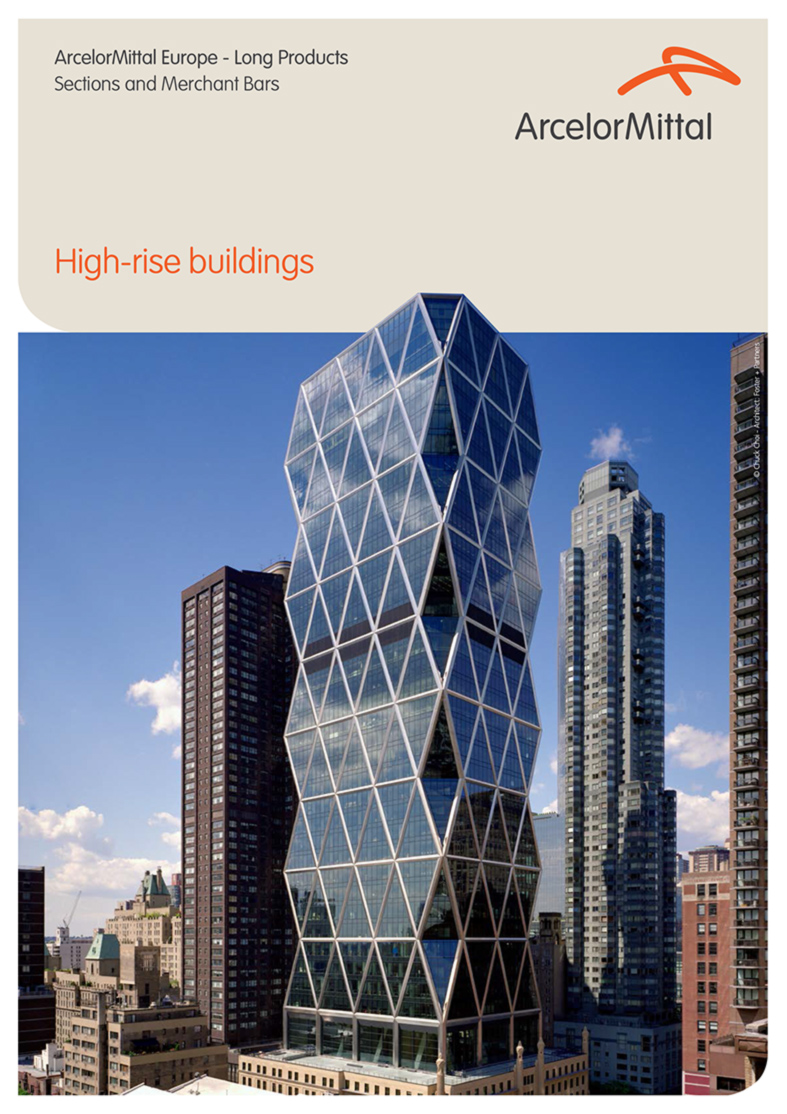