Leslie E. Robertson was the lead structural engineer of the Twin Towers of the original World Trade Center. He oversaw the construction of the tallest building in the world at that time (417 m) and has been haunted by its collapse and the events of 9/11.

With the support and the love of his wife and business partner SawTeen See, Leslie rebounded and designed the most prestigious high-rises on the planet, such as the Shanghai World Financial Center. This 492 m-tall building, owned by Japanese investor Mori Building, has been designed by Leslie and SawTeen with 15,000 tonnes of HISTAR® steel sections produced by ArcelorMittal Europe – Long Products’ mill in Differdange, Luxembourg.

His story is now the subject of a documentary, Leaning Out, which premiered for the first time during the 2018 Architecture & Design Film Festival in New York City. The premiere was attended by our colleagues Jean-Claude Gerardy (ArcelorMittal Europe – Long Products), Ravi Ranganathan, Ramana Venkat and Vince Mondelli (ArcelorMittal International Chicago).

ArcelorMittal is proud to sponsor this documentary, focusing on innovation and visionary collaborations and recounting how Leslie embraced new technologies and innovative steels such as HISTAR® to design tall landmark buildings.

Watch the trailer of Leaning out:

Leaning Out is now available on DVD/VOD

You can get your copy of Leaning Out now on the official website or on Vimeo. 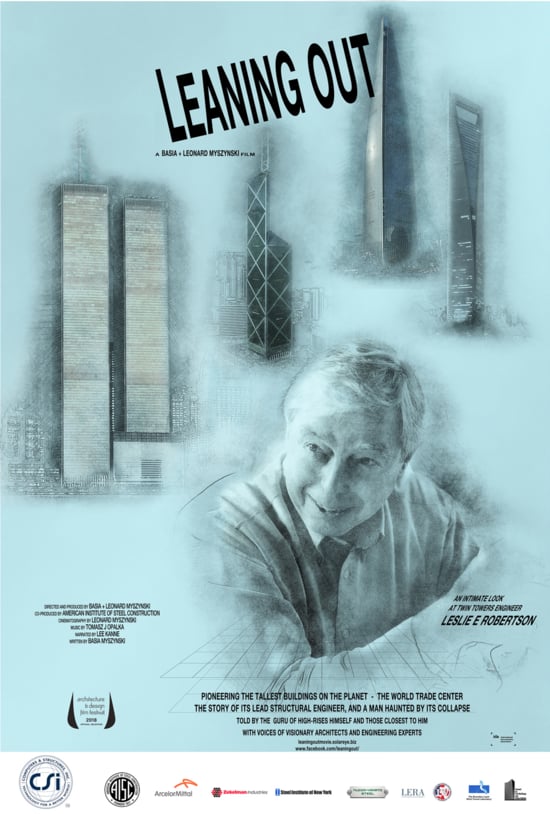 Webpage of Sections and Merchant bars

Webpage of the movie